“Sharing our knowledge, skills and experiences in a friendly, convivial way.” 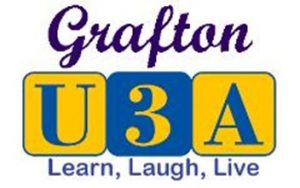 The University of the Third Age (U3A) is an international movement, that was conceived in France in 1972, with the aim of education and stimulation of mainly retired members of the community, those in their third age of life – active retirement. There is no universally accepted model for U3A and its original concept as an extramural university activity was significantly modified in the United Kingdom to a self-help model that recognised that most people of retirement age have something to contribute and the emphasis has been on sharing, without formal links to traditional universities.

Adopting the self-help model followed by many English-speaking countries, U3A was introduced to Australia in Melbourne in 1984. As of 2013, the movement had grown to 250 U3As based in metropolitan, regional and rural areas with approximately 85,00 members. U3As in the majority of states have formed state networks to offer support with a range of resources including its own website from which local U3As can be located. Grafton U3A is affiliated to U3A Network NSW.

Each U3A is an autonomous association, the members of which are retired or semi-retired. Each is run by a democratically elected committee with administration, office functions etc. being performed by members on a voluntary basis. Where possible, leaders of courses and interest groups come from the member ranks but on occasion it may be necessary to draw upon volunteers from the wider community to conduct a specific course.

Grafton U3A was established and incorporated in October 2002 to facilitate learning among retired and semi-retired folk in the Grafton area by sharing our knowledge, skills and experiences. The aim of the U3A movement is for all members to contribute, in many different ways, to the success of the group without the use of non-members. A range of courses and interest groups are conducted weekly, fortnightly or monthly during daylight hours. Full details can be located elsewhere on the website. A monthly newsletter, Jabber Journal is distributed to members providing news and updates on courses, social activities, guest speakers at the monthly meeting – “Jabberfest”, as well as articles of interest to members.